Sprit rally towels, also known as rally towels or fan towels, are small, rectangular towels that are typically made of terrycloth or other absorbent materials. They are often used at sporting events as a way for fans to show their support for a team or athlete.

Rally towels are often given out to fans as they enter the stadium or arena, & they are also sometimes sold as merchandise. They are typically waved or held aloft by fans during the game, creating a coordinated visual display of support. Additionally, they could be used as a promotional item or giveaway at events, or even business. 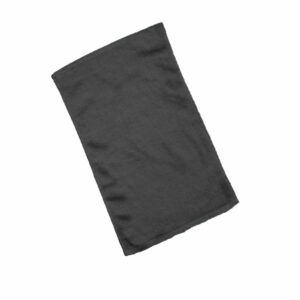 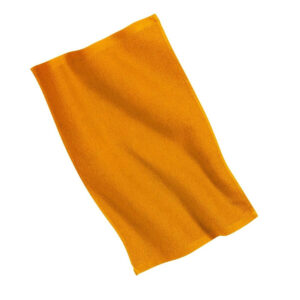 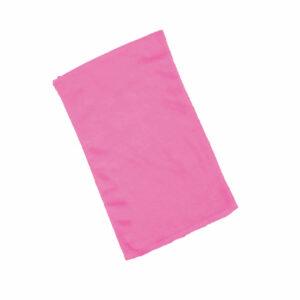 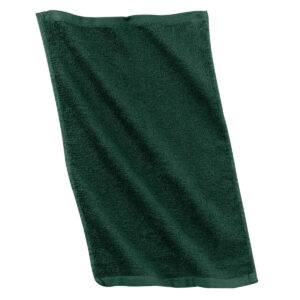 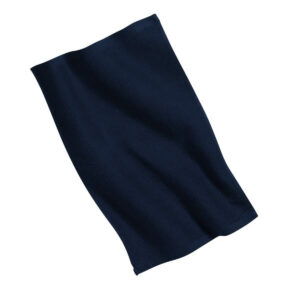 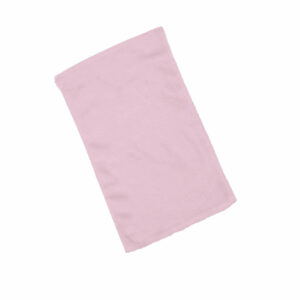 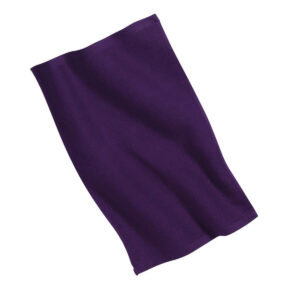 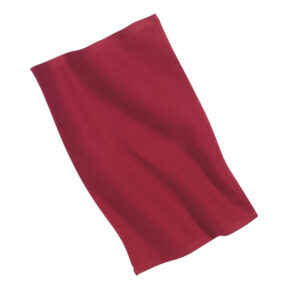 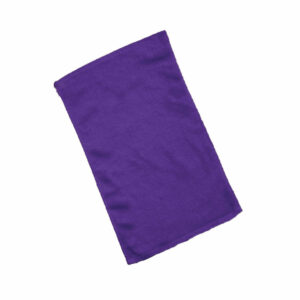 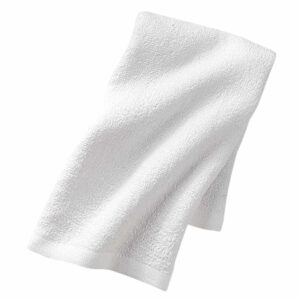 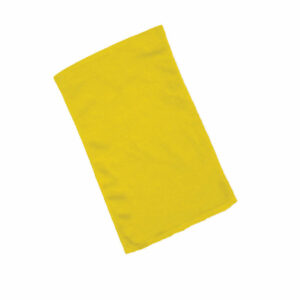 If you're a sports fan, you've likely seen them waving in the stands at a game – bright, colorful towels emblazoned with team logos and slogans. These are spirit rally towels, and they are a staple at sporting events across the country. But what exactly are they, and how are they used?

Rally towels are hand towels used to generate excitement and build team spirit at sporting events. They are typically made from soft, absorbent materials like cotton or microfiber and small enough to wave or throw in the air easily. Rally towels come in a variety of colors and designs, including those with team logos, mascots, or slogans.

One of the most popular uses of rally towels is as a visual display of support for a sports team. Fans will often wave them in the stands, creating a sea of team colors that can be quite striking. Additionally, rally towels can be used for coordinated chants and cheers and for crowd participation activities like “the wave.” They are also used as a hand towels.

But rally towels aren't just for fans in the stands – they are also popular for athletes and coaches. Many teams will give out rally towels to players and coaches before a big game to build team spirit and motivate them to play their best. They also make a great collectible for fans.

Rally towels come in various styles, some are team colored, and some have logos. One can also personalize them, which is a great way to increase team pride and fan engagement. Rally towels are a simple yet effective way to show support for your team and are a must-have for any die-hard sports fan. 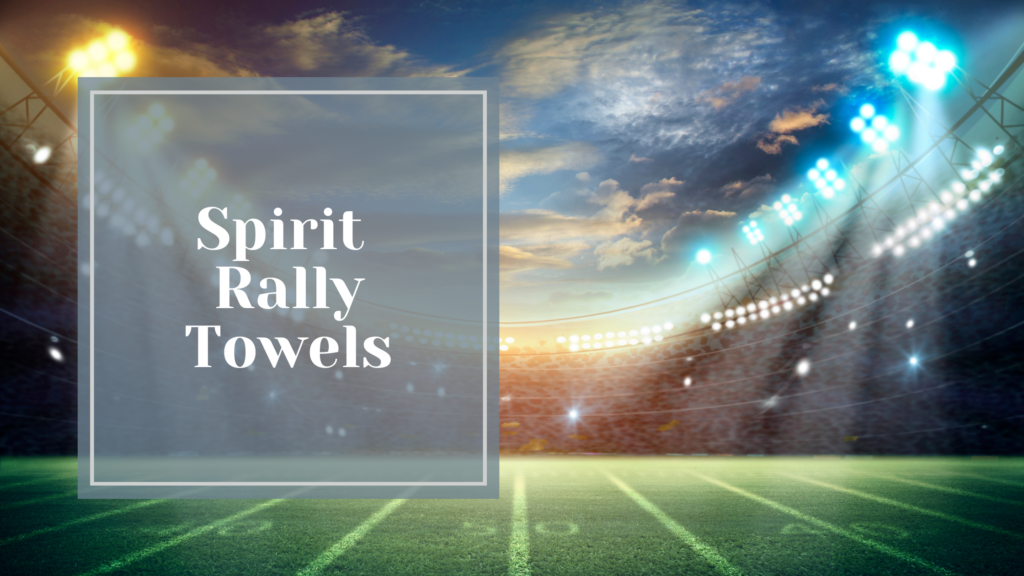 When it comes to showing support for your favorite sports team, the options are endless. From jerseys & hats to banners and flags, there are plenty of ways to rep your squad. But to take your fan game to the next level, you must invest in a custom rally towel.

For the uninitiated, rally towels are small, soft hand towels typically used as visual displays of support at sporting events. They're lightweight, easy to wave or throw in the air and come in various colors and designs. But while regular rally towels are all good, custom rally towels are where it's at.

With a custom rally towel, you're not just showing support for your team; you're making a statement. A custom rally towel is a way to make your fan hood unique, to stand out in the sea of team colors. It's a way to show your team spirit in a way that nobody else can match.

Custom rally towels can be personalized in a variety of ways. The possibilities are endless, from adding a name or number to customizing the colors, logos and images on it. It is a great way to showcase how much you care about your team. Some fans even make custom rally towels for special events or occasions like a playoff run.

But custom rally towels aren't just for fans – they're also a great way for teams to build team spirit and motivate players. Many teams will give out custom rally towels to players and coaches before a big game to build camaraderie and encourage them to play their best. It also makes for a great souvenir that players can keep for themselves or give away to fans.

In short, custom rally towels are the ultimate show of team spirit. They're a unique, personalized way to rep your squad and make your fan hood stand out. If you're a dedicated sports fan looking to enhance your game-day experience, consider investing in a custom rally towel, you won't be disappointed.

The Benefits of Using Rally Towels: Why Every Sports Fan Needs One

As a sports fan, it is well known that the game-day experience encompasses much more than just watching the action on the field. It's about feeling the crowd's energy, cheering on your team, and immersing yourself in the spirit of the game. And if you want to take your fan experience to the next level, add a rally towel to your arsenal.

Rally towels, for those unfamiliar, are small, lightweight hand towels typically used as visual displays of support at sporting events. They come in various colors and designs and can be waved or thrown in the air to create a sea of team colors in the stands. But while they may seem like a small accessory, rally towels can greatly impact the fan experience.

For starters, rally towels are a great way to build team spirit. When everyone in the stands is waving the same towel, it creates a sense of unity and camaraderie among fans. This energy can be contagious and can help inspire the team. A coordinated wave can also look impressive, making the spectators feel like they are part of something bigger than themselves.

Additionally, rally towels can be used as hand towels, which is handy during hot summer games or if you are sitting in the sun. The towel will keep your hands dry & clean.

The biggest benefit of rally towels is that they can help increase team pride and fan engagement. Having a rally towel with team colors or logos on it is a tangible way for fans to show their support for their team, & it's something that they can keep as a souvenir for years to come.

Rally towels are an excellent way to boost morale and create enthusiasm at sporting events. They make it easy for fans to show their team spirit and feel a sense of unity with fellow supporters. So if you're a sports fan who wants to take your game-day experience to the next level, leave home with a rally towel. It's a no-brainer! 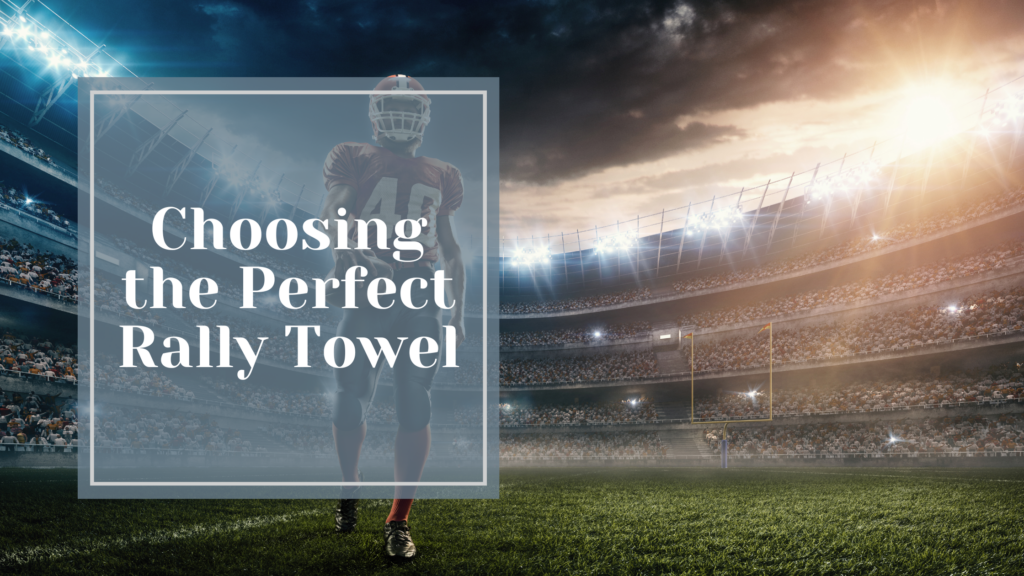 Choosing the Perfect Rally Towel: A Guide for Sports Fans

There are plenty of options regarding showing support for your favorite sports team. But every fan should have one accessory in their arsenal: a rally towel. But with so many rally towels out there, how do you choose the perfect towel for your team?

First things first, let's talk about materials. Rally towels come in various materials, such as cotton, microfiber, and terry cloth. Each material has its own set of pros and cons. Cotton towels are soft and absorbent, making them great for wiping your hands or face, but they can be heavy and may dry slower than microfiber towels. Microfiber towels, however, are lightweight and dry quickly, but they may not be as soft as cotton. Terry cloth towels are thick and absorbent, making them perfect for drying off after a shower, but they may not be as easy to wave in the air as a lightweight microfiber towel.

Next up, size matters. Rally towels come in various sizes and shapes, some are square, and some are rectangular. Consider the towel size about your hand size; you want a towel that you can comfortably wave and throw in the air. Also, consider where you will be sitting; if you are going to be seated in the bleachers, then a larger towel is preferable as it will be visible from far away.

Now let's talk about design. Rally towels come in various colors and designs, some are team-colored, and some have logos. Opt for a solid color towel with your team's logo if you want a classic look. If you want to make a statement, consider a towel with a bold design or pattern or a funny slogan or phrase.

Finally, consider durability. If you're planning to use your rally towel at multiple games, opt for a towel made with durable materials and easy to clean. Microfiber towels are typically more durable and long-lasting than cotton towels.

In this article, we've talked about the many benefits of using rally towels at sporting events. From building team spirit & generating excitement to increasing team pride and fan engagement, rally towels are a simple yet effective way to enhance the fan experience. But with so many different types of rally towels available, it can take time to know which one is right for you.

We've covered the materials, sizes, designs, & durability of rally towels and provided tips on choosing the right one for your team. We've also discussed the option of custom rally towels, which can add a unique, personalized touch to your game-day experience and make you the envy of all your fellow fans.

Sign up for emails to get the scoop on new arrivals, special sales and more.